ONABEN is pleased to announce that our Executive Director, Veronica Hix, was chosen as part of the United State of Women’s second class of Ambassadors, a program designed to train and equip women to take action for gender equity in their communities. Hix was one of eighty women spanning forty states selected as an Ambassador.

“As a passionate advocate for women, I couldn’t be more honored to be an Ambassador of the United State of Women,” says Hix.

In her role as an Ambassador, Hix will build and support coalitions with community leaders, organizations, and fellow activists who are working towards gender equity in their communities, as well as amplify her work through the United State of Women’s national channels. Specifically, Hix will focus on creating opportunities that spur the growth of local economies, ensure the financial health of all peoples, and establish higher levels of self-sufficiency among all individuals.

Throughout the next year, Hix will engage in training sessions on key organizing skills, hands-on strategic support services, and networking opportunities facilitated by the United State of Women.

“We are grateful for the United State of Women’s support in our gender equity efforts. The tools we access and the connections we develop through the Ambassador program will advance change in the communities we serve,” says Hix.

Background on the United State of Women

The United State of Women is a national organization dedicated to convening, connecting, and amplifying voices in the fight for full gender equity. They are a community for all who identify as women, gender-nonconforming, or allies and believe in full gender equity and want to work collectively to achieve it. Born out of the Obama Administration’s White House Council on Women and Girls, USOW holds a unique position within the movement. USOW sits at an uncommon intersection of politics, community engagement, culture change, and leadership development. This profile allows them to serve as a go-to platform for partners, stakeholders, and their community to address issues facing women through an intersectional lens. Specifically, USOW works to create change on these issue pillars: Civic Engagement, Supporting Survivors of Gender-Based Violence, Human Rights, Health and Reproductive Justice, Economic Empowerment, Access to Education, and Leadership and Community Organizing. For more information on the United State of Women, visit www.theunitedstateofwomen.org. 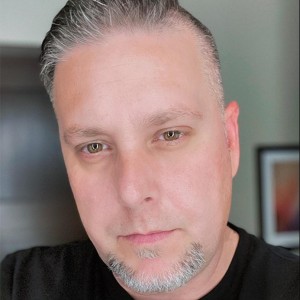 Michael is a proud U.S. Army Veteran and a member of the Cherokee Nation. With 10 years of service as an Infantryman, Michael implements the core values of integrity, honor, and selfless service into his leadership of the company. With over 20 years of experience, Michael began working with building websites and graphic design in 1998. A family-oriented man, Michael enjoys spending time with his wife Kristina and their three children. He is a proud and active member of Jenks Lodge #497 A.F. & A.M. and an advisor for the Order of DeMolay.
PrevPreviousYOUTH EMPOWERMENT STRATEGIES (YES)
NextONABEN Receives MBDA GrantNext